A quick look inside your kitchen cupboards will likely reveal at least three items approved by Her Majesty and Co, in the form of a Royal Warrant. Never mind celebrity endorsement, if you’re lucky enough to hold one, a Royal Warrant is the ultimate seal of approval. To qualify, a brand, company or service must supply and bill the relevant royal family member, or their household, for products and services in significant quantities over a period of at least five years. Those lucky enough to post a prestigious royal flush include J Barbour and Sons and Jaguar Land Rover Ltd.

The history of the Royal Warrant dates back to the 15th century when there was intense competition between traders for the royal “nod”. Lord Chamberlain, as Head of the Royal Household, formally appointed Royal Warrants of Appointment to high profile vendors and this practice is still maintained today.

In 1840 the Royal Warrant Holders Association was formed. During Queen Victoria’s 64-year reign, nearly 2,000 warrants were issued, including Fortnum & Mason and Twinings; the latter still holds a valuable mandate.

Only three members of the British royal family can issue royal warrants to businesses or traders: the Queen, the Duke of Edinburgh and the Prince of Wales. With Philip’s passing in 2021, those who have been granted warrants solely by him will have two years to stop using the Royal Coat of Arms in their business.

However, receiving a warrant is not a permanent honor and in addition to maintaining high standards, one must demonstrate that appropriate environmental and sustainability policies are in place.

Many mandates are steeped in Jewish history, including GD Goldings (Tailors) Ltd. Geoffrey, the son of Jewish immigrants from the East End, left school at 15 and after working as a chef and cabinetmaker, he followed in his father’s footsteps to become a tailor. With buckets of ambition and help from his brother, Geoffrey opened a tailor shop in St Albans. With over 60 years in the business, Mr. Golding has served Admirals, High Sheriffs and everything in between, with every piece meticulously handcrafted and quality checked in-house by master craftsmen.

Art and design student Cornelia James arrived in England from Vienna in 1939 with nothing but a suitcase and a strong will. Her thriving glove business was recognized in 1947 by fashion designer Norman Hartnell, who commissioned her designs for the Princess’s going-out outfit at the time. The royal wave was the perfect endorsement for the brand, and in 1979 Cornelia James became ‘Glovemaker by Appointment to Her Majesty The Queen’. Now run by his daughter, Genevieve James, the company still makes gloves by hand in Sussex.

“The Queen’s Jubilee is truly a moment of joy,” says Geneviève. “The image of a white gloved hand at the window of the big black car is an image that many carry in their hearts and we are very proud to have played a small part in providing this image.” In 1941, Sam Launer, a Jewish immigrant from Czechoslovakia, began producing elegant bags and small leather goods made from the finest materials and finished by the most skilled craftsmen. Queen Elizabeth The Queen Mother first bought a Launer London bag in the 1950s, then gave one to her daughter, Queen Elizabeth II. In 1968, Launcher London bagged a Royal Warrant from the Queen, who now has a collection of over 200 bags. To celebrate the upcoming Platinum Jubilee, Launer has created a special limited edition handbag based on a popular archive design from the 1970s. 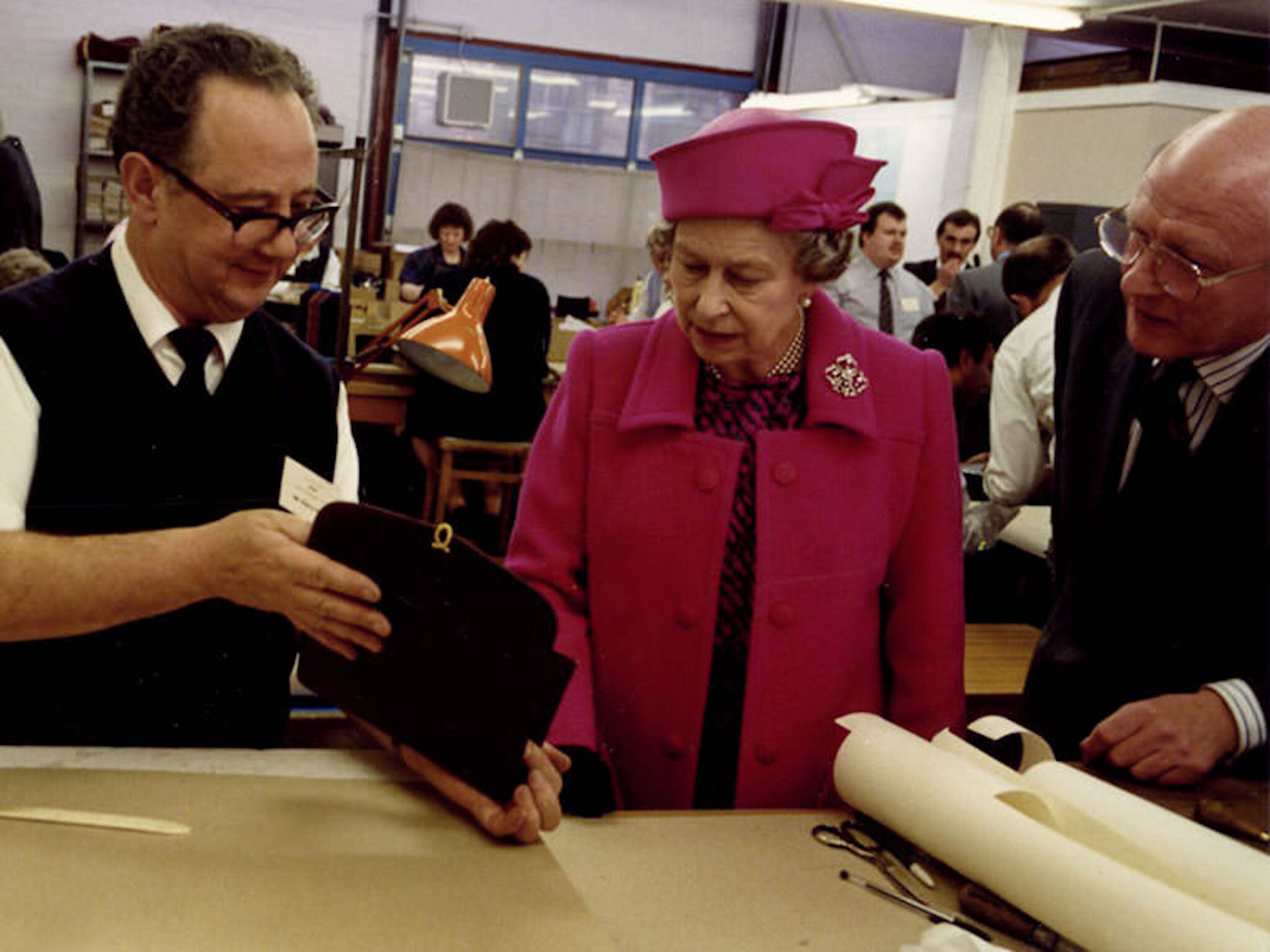 The Queen visits the Launer factory in 1992

Royal events require a certain standard of dress, and in 1851 company founder Moses Moss opened Moss Bros, a second-hand clothes shop in Covent Garden. Under the motto “Sell only the best things, give only the best service”, the shop flourished and, assisted by his four sons, Mr Moss opened several other shops in London, adding tailoring to the services offered.

When Moses died in 1894, his sons Alfred and George continued the legacy of the family business, opening a military department in 1914 supplying uniforms to the British Army. In 1924, the private secretary to King George V recommended Moss Bros to the first Labor government for the proper “dike” dress to wear at court. At the Queen’s coronation in 1953, they were favored purveyors to the sea of ​​top hats, tailcoats, polished uniforms and state robes lining Westminster Abbey. The stigma around renting clothes had finally been lifted and Moss Bros. was firmly in the house. Today, the brand has more than 100 stores nationwide.

family affair Wartsky was founded in Wales in 1865 by Morris Wartski and specializes in works of art by Carl Fabergé, antique jewellery, silverware and objects of virtue. The business grew and two stores were opened in the fashionable town of Llandudno. Popular with royals and high-ranking clientele, the brand flourished and a third store was opened in 1911 by Morris’s son-in-law. 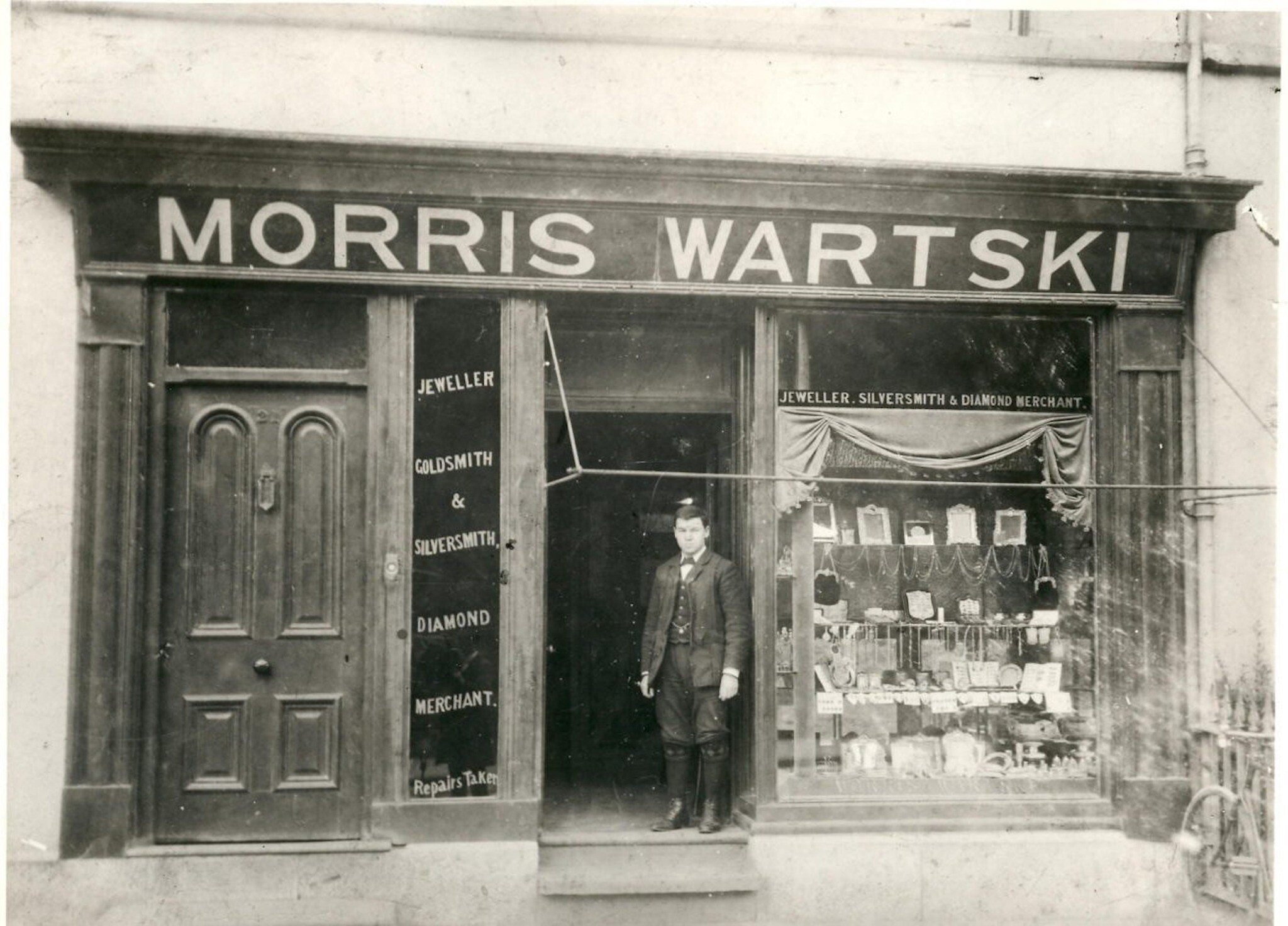 In the mid-1940s in London, Hyman Bull left the services in search of work. As a young tailor, he came across a supply of army surplus materials, including parachutes, which he cut up to sell as shirting material in East End markets. In 1952, due to illness, Hyman handed over the scissors to his son Joel, who had a strong business vision. In 1979, the first official Joel & Son fabrics shop opened on Church Street, directly opposite where the market’s first stall was. The original store entrance remains, but there has been much expansion of ownership on either side of the original site as the business has grown, led by a team of family members and workers, faithful from the very beginning. Awarded a Royal Warrant in 2001, this bustling fabric cavern from Aladdin is often the first choice of designers such as Stewart Parvin, who dressed the Queen for her Golden Jubilee 2002 in a blue evening dress, with fabric supplied by Joel & Son. 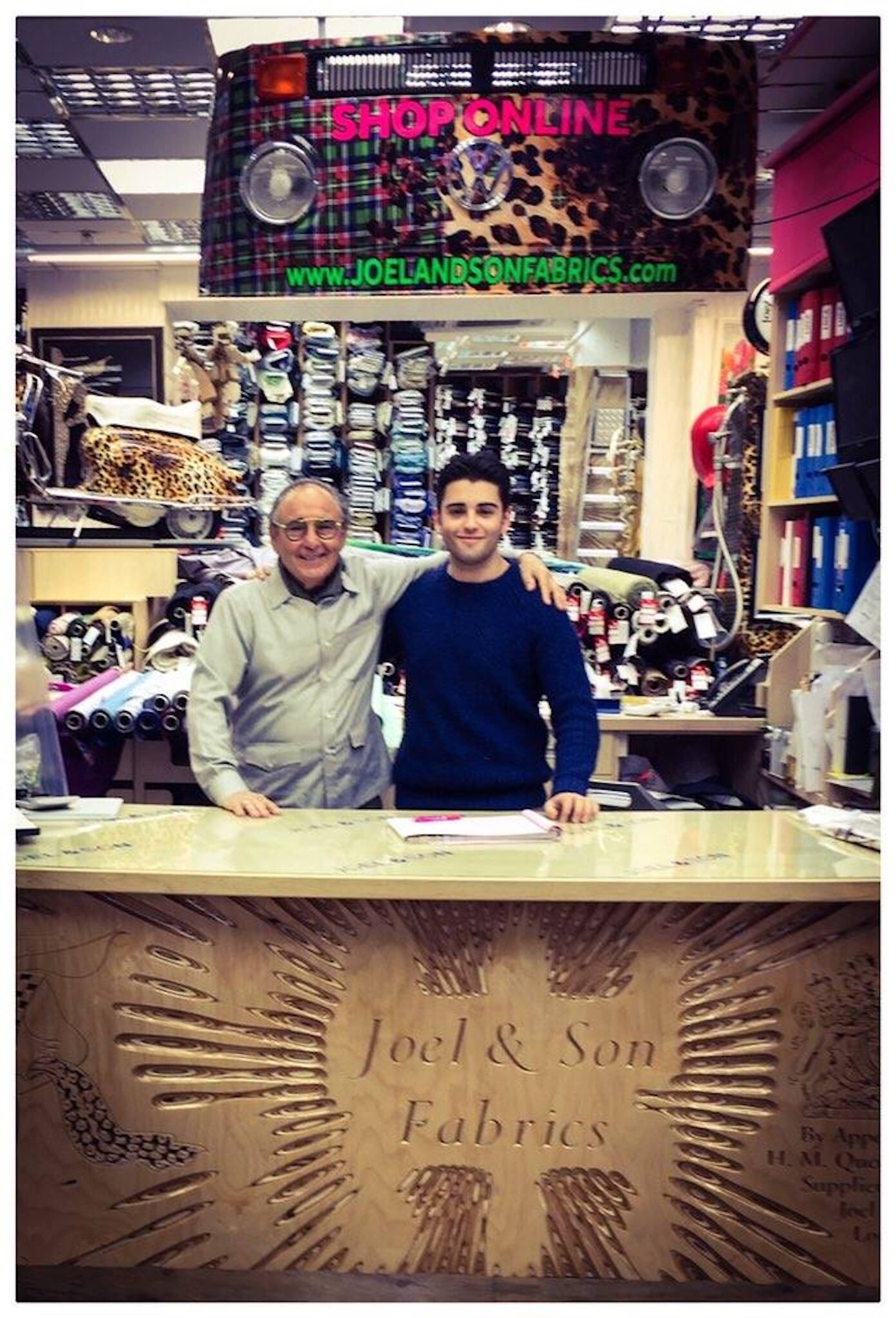 Joel with his grandson Coby

Joel, although retired, still drops by to check things out and says, “It doesn’t matter if someone spends £2 or £2000 – we still provide the same superior level of service.”. Commenting on the upcoming Jubilee, a spokesperson for Joel & Son said: “We are honored to once again supply fabric to Her Majesty Queen Elizabeth. We have been privileged and extremely honored to hold the Royal Warrant for so many years and it gives us great pride to see Her Majesty The Queen looking so beautiful in her many outfits made from Joel & Son fabrics. We wish Her Majesty a happy and healthy platinum jubilee.

With speculation that Prince William could fill the role of grantor left by Prince Philip, it should prove interesting to see if more contemporary names make the royal warrant cut. Pass the Royal Nutella please.