The Latin American Missions Program of the Diocese of Charlottetown has worked for 55 years in the Dominican Republic. There we learned and grew up with the majority of its inhabitants who have been marginalized over the centuries by colonization and economic systems that have left most of them in poverty. One of the areas where this exploitation of people and their lands has occurred is in the mining sector.

Here, Canadian mining companies have played an important role. From the 1960s with Falconbrige and its nickel mining to today with Barrick and GoldCorp and their gold mining, Canadian mining companies have enriched themselves and their shareholders while leaving the communities from which they extracted this wealth in continued poverty. The most recent example of this exploitation was written last year. 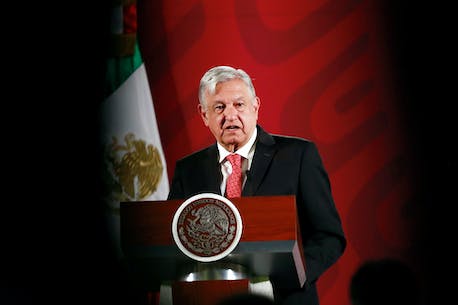 “Today, 88 organizations from more than 21 countries issued a letter calling on the Dominican Republic and Barrick Gold Corporation to stop the Pueblo Viejo gold mine expansion project, while 15 jewelry producers joined to a parallel letter echoing civil society concerns. The letters raise serious concerns about threats to the rights of local communities and the risk of significant environmental damage. They question whether the government and the company will be able to hold their promises to promote sustainability and climate resilience if the mine expansion is allowed to continue.

The Pueblo Viejo mine, about 100 km from Santo Domingo in the Dominican Republic (DR), is one of the largest gold mines in the Americas. Barrick is seeking to exploit lower-grade ore by expanding its processing plant and tailings storage facilities. This would extend the life of the mine to 2040.

Affected local communities and organizations in the Dominican Republic have spoken out against the expansion, local politicians and experts have criticized the risks of the proposed tailings dam, and religious leaders have sounded the alarm about the expansion. According to Heriberta Fernandez of Centro de Reflexión y Acción Padre Juan Montalvo (Centro Montalvo), “Mining has created irreparable socio-environmental damage in the Dominican Republic. The extractivist model violates the fundamental rights of communities and territories. The proposal threatens critical watersheds for agriculture and has no social license to operate from local communities. “

The letters mentioned above, signed by human rights and legal aid organizations, environmental nonprofits, community groups affected by mining, and jewelry producers, among others , focus on the potential impacts of the expansion on the environment and human rights, the lack of publicly available information regarding the expansion process, the worsening climate vulnerability that the expansion would result in and serious allegations of water contamination at Barrick’s operations in the Dominican Republic and at other Barrick sites. The letters highlight the potentially dangerous impacts of the proposed additional mine waste storage facility, called a tailings dam, on downstream communities and vital watersheds.

Canadian governments have been pressured by these mining companies over the decades to protect their commercial interests. These interests have always taken precedence over poor and marginalized communities who lack the money or connections to hire professional lobbyists or otherwise present their case. We had hoped with many other organizations that this might be somewhat rectified by the appointment of an ombudsman to arbitrate disputes between these mining companies and civil communities across the Americas. It quickly became clear after the creation of this office in 2019 that the power of the ombudsman to demand documents from these companies to properly adjudicate these disputes was futile. We hope that the Canadian government will give this office the necessary authority to demand documents from companies when required.

As stated at the beginning of this letter, LAMP has always considered the marginalized of society as our teachers and the main agents of transformation in the world. We join hundreds of other organizations and communities across the Americas in calling on the Canadian government to end its abuses against the majority of marginalized and Indigenous peoples on these continents.

We fully agree with the brief presented to the Federal Court by Amnesty International Canada, Mining Watch and other organizations, as stated in this section of their report:

“A growing body of empirical research based on federal IA records demonstrates that embassy staff, trade commissioners and senior government officials often continue to support and defend Canadian extractive companies amid strong community opposition, significant substantive evidence of violence and criminalization, and credible evidence of environmental pollution. This research suggests that the policies and actions of Canadian officials aimed at ensuring the success of extractive projects have exacerbated conflicts in Guatemala, Peru, Mexico, Ecuador and Honduras, among other countries, and increased the risk harm to affected communities and human rights defenders. who face threats, kidnappings and assassinations. For example, in 2013, the Working Group on Mining and Human Rights in Latin America published a report featuring 22 case studies of Canadian mining operations, with strong support from the Canadian state, related to violations of Indigenous and human rights. A 2016 JCAP report further documented 44 deaths, 403 injuries and 709 cases of criminalization linked to 28 different Canadian companies in Latin America between the years 2000 and 2015.”

Despite these findings, marginalized communities across the Americas and their solidarity support groups continue to demand a shift in government bias toward these companies. We continue to hope that the government will learn from the devastation that 500 years of colonialism has inflicted on the indigenous peoples of these continents, including the many genocides perpetrated in the name of wealth and power with the majority of marginalized communities result.

We believe in a world that can be transformed when the voices of its majorities are heard and given their due weight in political decisions that truly reflect this reality.